Traditional Jewish Burial in Israel - “Remember That Dust We Are” 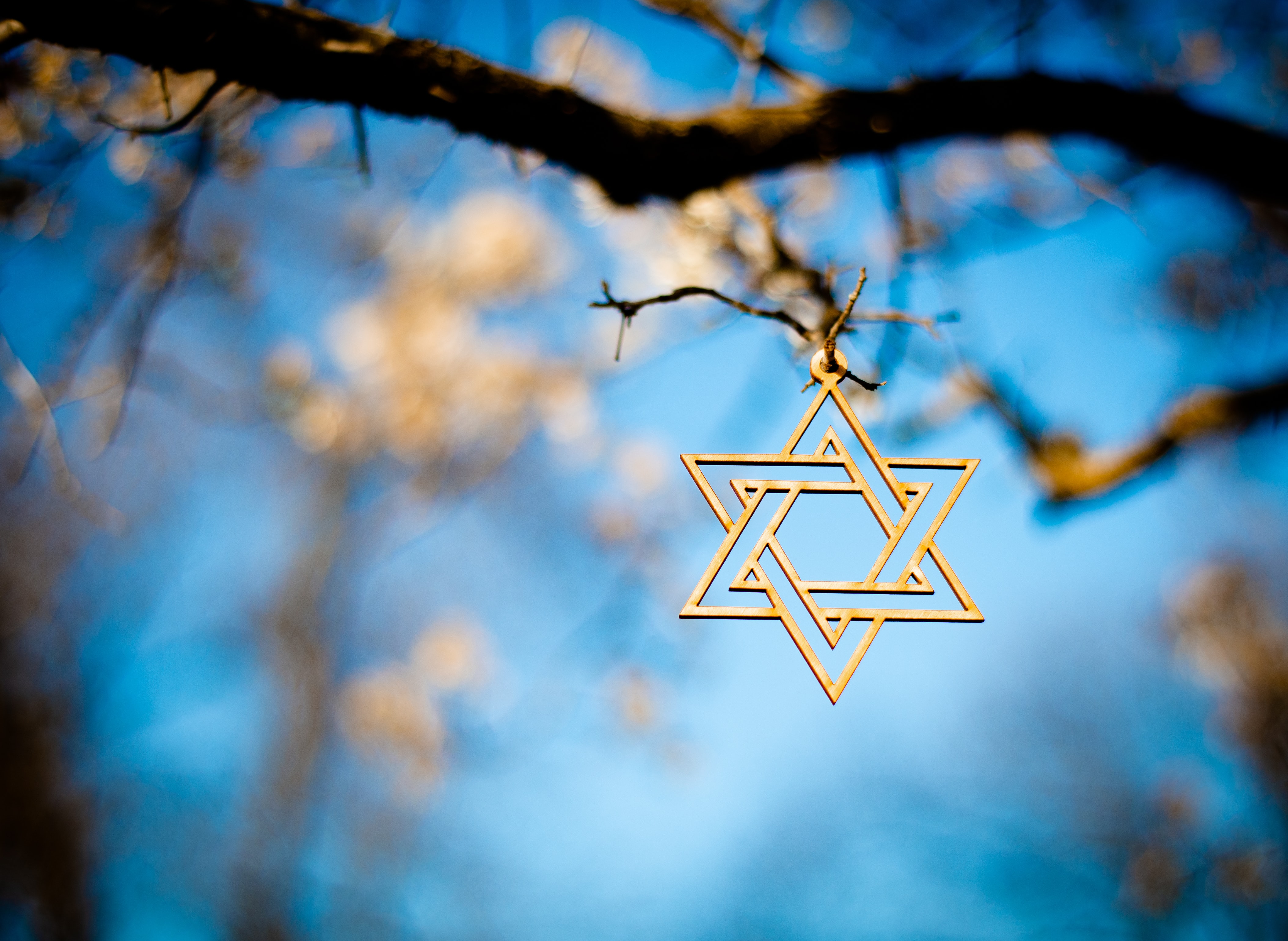 The state of Israel has a population of a little over 9 Million people, some 74% are Jews of all backgrounds. These days, traditional orthodox funerals are still most common among Jews, though some non-religious Jews choose to conduct secular funerals.

In Judaism, death, burial and bereavement carry strong emphasis and meaning as quite a few customs are maintained around end of life events. Dealing with death and the loss of a loved one is an occasion that deserves delicate treatment and different Jewish traditions assist in providing a space for grieving. Here are some of the customs around death existing in Judaism today:

Between Death and Burial

According to Jewish law, the body must not be left alone and from the moment of death until the moment of burial, there must be someone guarding it. Often the body is kept in refrigeration in the hospital or in the funeral home.

In instances where a person dies at home, the body must be watched by a relative or friend until transported to the cemetery.

Caring for the body - the“Sacred Society”

Chevra Kadisha, which literally means “sacred society”, is an organization of Jewish men and women who see to it that the bodies of deceased Jews are prepared for burial according to tradition and are protected from desecration, willful or not, until burial. Two of the main requirements are the showing of proper respect for a corpse, and the cleansing of the body, in the ritual of “Tahara”.

Tahara Ceremony- Washing and preparing the body for burial

Tahara (in Hebrew: “purity” or “purifying”) is the ritual of preparing the body for burial by washing and dressing it. The ritual is performed by Kadisha members who are obligated to treat the body with utmost respect. Men take care of male bodies while women take care of female bodies.

The body is laid on a special beam, feet towards the door and head towards the inside of the room. According to Jewish belief, when a person dies, she or he departs from the body, from worldliness and defilement (marked by the feet) and all that’s left is the pure soul (marked by the head).

While Tehara is taking place, kadisha members recite biblical verses having to do with washing, purifying and dressing. Reciting verses prevent the individuals involved from making small talk while caring for the body. When washing the head and hair of the deceased, the rest of the body is covered in order to protect its dignity. The hair is combed, the nails are cleaned and trimmed and the entire body is washed. Afterwards the body is dressed in special clothing called ‘tachrichim’, made of simple white fabric including pants, shirt, gown, and more. It is said that tachrichim are kept simple and not decorated to symbolize that death sees no difference between the rich and the poor. Finally, the clothed body is wrapped in a large white fabric called sovev.

Out of respect for the deceased, traditional Jewish funerals occur within 24 hours of the time of death. However, funerals do not take place on holidays or on Shabbat (Saturday) as it is considered a holy day.

There is no public viewing of the body in Judaism. Moreover, the body is laid directly in the ground without a coffin. However there is one exception, in military funerals in Israel, a coffin is used to bury the body.

When Jewish funerals are conducted in countries that allow only coffin burials, wooden or pine caskets are made. It is forbidden according to Jewish law, for the coffin to have any part made of metal or jewelry. The casket has to be completely biodegradable to aid the body’s natural decomposition and is made with wooden stakes rather than metal nails. At the bottom of the coffin holes are made, as the deceased must be connected to the ground.
‍

The burial ceremony begins with the gathering of family and friends at an area in the cemetery known as the “funeral home” or the “tent of prayer”.

In the tent of prayer, family members make a tear in the upper part of their clothes, above the chest. This ritual is named “Kriah”, Hebrew for “tearing up”; it symbolizes the rip or void caused in the heart of the mourner, the pain felt due to loss.
When mourning a parent, the rip is made in the left side near the heart, and when mourning any other relative, it is done in the top right part. The rip has to be substantial and visual and it is done with a sharp knife. The mourners stand during the Kriah after which a prayer is recited, “Baruch Dayan Emet”, “blessed is the true judge” a prayer to God, justifying his judgements for better and for worse.

After the Kriah, the body is brought into the room and eulogies are made by family members and friends. Another Jewish prayer is recited, “Kadish” praising God.

It is customary to have the funeral procession exit the funeral home and the participants escort the hearse all the way to the burial plot.

The body is laid in the grave and covered with dirt, the mourners are invited to participate in covering the grave as more prayers are recited.

At the end of the burial each participant places a stone on the grave, taken from the ground nearby. This is done as a sign of respect for the deceased and for the moment of death; is it customary to say the line from Psalms “remember that dust we are”.  "

The time of mourning is divided into several periods, distinguished by the length of time that has passed since the death.

It is custom to “sit shiva” which means that for seven full days the family is in mourning. At this time the family remains in one home, prayers are recited; and traditional mourning practices and rituals are followed. The extended family and friends are invited to come and pay their respects and give their condolences.

During this period, visitors that come to the house bring food and drink, making it easier on the mourners.

This period is viewed as crucial also on an emotional level to the people closest to the deceased and they are not left alone during the first days which can be a difficult and sensitive time.

During Shiva, mourners are expected to refrain from certain actions like washing their body (some will wash with water only), changing clothes, shaving and trimming their hair or having sex. In orthodox tradition, it is custom to wear the torn clothes from the Kriah ceremony throughout the entire time of Shiva.

At the end of the Shiva there the mourners visit the grave where they will sit for a short period, they can shower and change beforehand.

The Shiva period is followed by a 30 day period which is counted from the moment of the burial. During this period mourners return to work but still avoid cutting their hair, shaving and wearing newly bought clothes. Some avoid listening to music, including songs on the TV and radio. At the end of Shloshim, mourners visit the grave for the unveiling of the tombstone.

In jewish tradition it is customary to mark the date of the year when a person died and on this date to light a candle in memory of him or her. It is a special candle named “soul candle” which remains lit for 24 hours. On this date every year, family and friends visit the grave.

Due to the population growth in recent decades, Israel now faces a shortage in burial plots. This lack of plots under the sky has led to the development of new burial forms.

In some instances leveled burial is performed where multiple burials appear as an in-ground grave with a headstone. Multiple burials can also be made within an above-ground structure, with headstones embedded in the front wall. For couples, paired burial with a joint headstone is also optional.

Cemeteries in Israel have an area reserved for secular burials and in addition there are also fully secular cemeteries, known as ‘civilian’ cemeteries in some places in Israel.  Alternative funeral forms are held in accordance with the worldview and beliefs of the deceased and his or her loved ones.

Cremation is a practice that exists in Israel although not entirely accepted by religious institutions.  Nonetheless, several private companies enable this option along with a funeral ceremony which is less traditional and made to fit with the requests of the deceased or those closest to her or him.

Categories
Sign up to our newsletter
Thank you! Your submission has been received!
Oops! Something went wrong while submitting the form.