The Ancient Practice of Necromancy 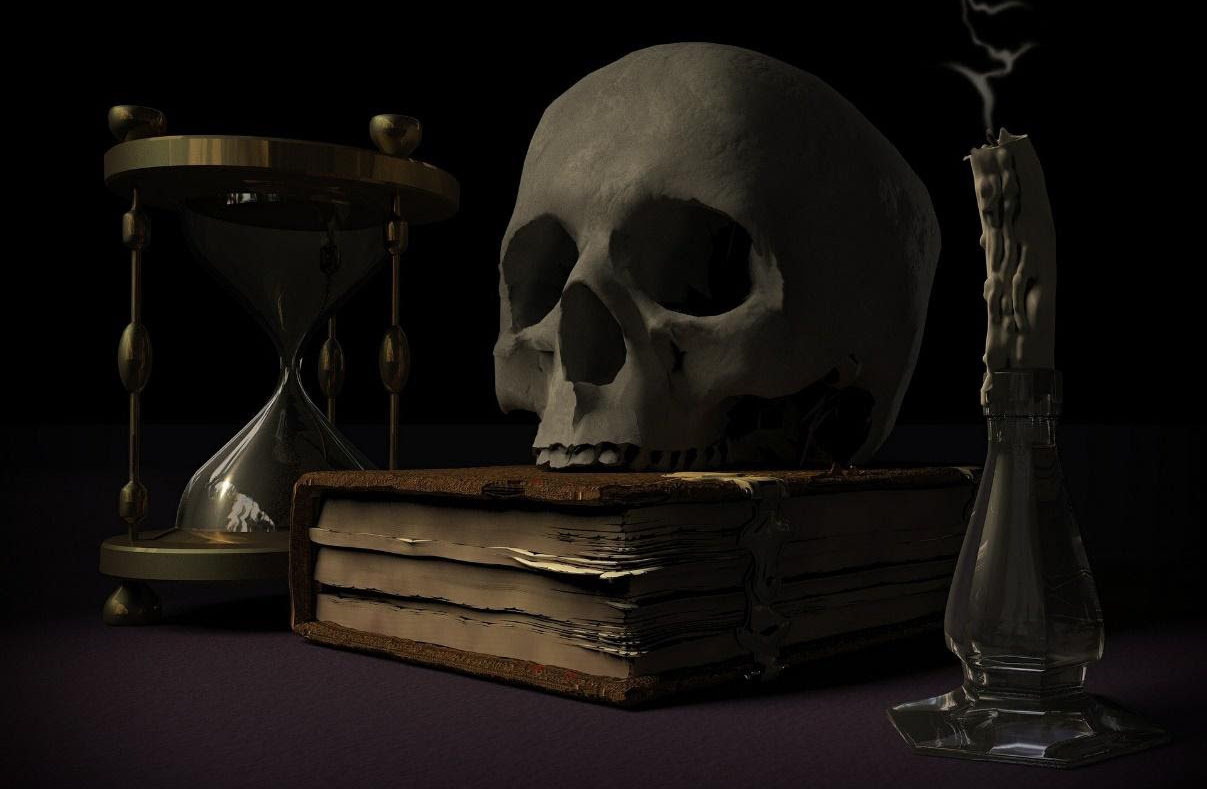 For those of us who hold a belief in an after-life of some sort, a question arises almost naturally- could we reconnect with our loved ones from beyond the grave? This inherently human desire to communicate with those we parted ways with has found an answer in the form of the ancient practice of necromancy.

Necro (=dead) Mancy (=divination) has its roots in the earliest of human civilizations. Shamanic rituals to channel advice from the dead leaders to the living ones is documented even in the bible, when king Saul asks the witch of Endor to converse with the ghost of the prophet Samuel regarding an upcoming battle. In Homer's Odyssey (8th century BCE) the witch Circe instructs Odysseus on how to ask the dead for a way back to Ithaca, his kingdom.

Throughout the years, this practice was demonized, mystified, and treated as dangerous dark magic, but in ancient times the practice itself was perceived as a pure and holy religious custom, which included priests fasting, purifying rites, and considered a legitimate form of divination as any other.

So, what exactly is necromancy? Necromancy is the effacement of the borders between the living and the dead. The living can either descend downwards (katabasis) or temporarily raise the dead to the land of the living, in order to make communication possible. ‘Necromancer’ was not a title on it’s own, different people could hold it- witches, priests, common practitioners- if you performed a necromanic ritual then you are by definition a necromancer.  People would practice a necromancy ritual for two main reasons, one: to benefit the spirits. Necromancers acted as a sort of soul guide to restless spirits. They would locate bodies that were not properly buried, and listen to the anger of the souls. Then they would rebury  them or use replacement figures instead, and set them free. The other reason would be to benefit the living at the expense of the dead- receive insights and any hidden knowledge the dead might hold.

Necromancy is known to have 3 different methods: Astral travel to the underworld or a spirit realm, evoking the dead and receiving insights by scrying or other divination methods, and reanimation of body parts or a corpse. Unsurprisingly, the first two were more common. When a necromancer wished to contact the dead via astral travel- meaning, visiting in the spirit realm, they would use a method called incubation. After the invocation and offerings, the necromancer went to sleep, either on the tomb of the dead, or in a natural space like a lake or a cave. They would carry an object they shared with the ghost during the rite (a fleece, a blanket), and the messages would appear in their dreams. Sometimes, the way the dead appeared in the dream could predict and give information about the future. For example, ghosts covered in dust were believed to predict an upcoming drought.

When the ritual was using methods of divination, the necromancer would dig a pit in the ground, pour libations of water, milk, wine, and olive oil around it, and pray to the gods to set free the specific souls they wished to converse with. The necromancer would avert their eyes from the pit, as presumably, spirits would rise from it. When ghosts are eager to participate, they yearn to live again and long for the comfort of the living and food.For this reason, there is a need for protective measures to keep hungry ghosts away. Necromancers use blessed swords, or stones to keep the spirits at bay. Some necromancers used spells or 'holding stones' to keep the dead for a while. Then, the necromancer would sit and converse with the spirit via an open flame, a scrying bowl, smoke from incense, mirrors, or any other preferable method.

There are some darker uses of necromancy, the use of blood for example. Some necromancers used animal or human blood while pouring libations in order to give the spirit the ability to speak. Some even darker forms would include sacrificing a young boy and re-animate his body with the spirit of a dead person. But there is also a lot of evidence of vegetarian necromancers who abstained from meat and did not draw blood at any point or for any reason.

The way we perceive necromancy today might be influenced by millenia of demonization, but at its core, the desperate need to contact a deceased loved one or relative one more time, is an inherently human need, perhaps even for both sides in this relationship.