Ossuary Burial, What's it All About? 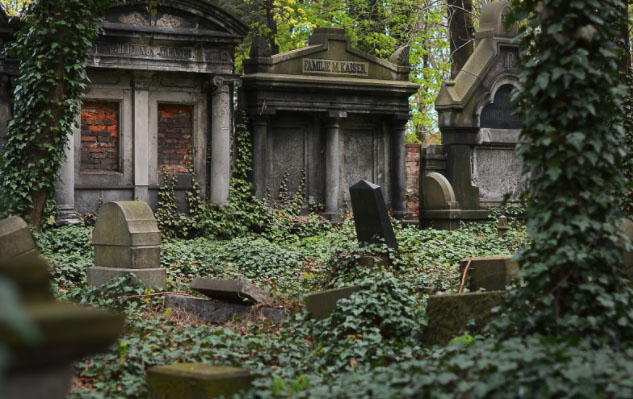 As we progress further and further into the 21st century, ecological issues trickle down to every aspect of our lives, but they have yet to trickle down enough into aspects of our death. It is unavoidable that with the growth of the global population, we will also have a rise in the number of dead bodies we must attend to. The need to find a sustainable way of caring for the dead could possibly be answered by an ancient practice, known as Ossuary burial.

Ossuaries, (pronounced OSH-oo-ary) are small boxes, or chests, made of stone, that serves as a final resting place for the human remains, after a temporary period in regular burial in the ground. The dead bodies which are buried spend a few years decomposing, then the skeletal remains are moved into the ossuary for good. The ossuaries are placed in a public cemetery or a private mausoleum.

Not to be confused with an urn, the remains are not burnt, and there are no ashes to be kept or scattered. As opposed to burial within a  sarcophagi, or a casket, in an Ossuary, the body is not placed as a whole. Ossuaries are significantly smaller than a sarcophagus- around 60 x 35 x 30 cm. The outer part  of the box is engraved with numerous decorations, and writings, stating the names of the departed and their family members.

This practice enables people to keep a physical place for the living to visit while also reducing the need for more grounds for burials. In some cases, one ossuary can hold the remains of more than one person like spouses and other family members. Combining the remains of spouses or family members was seen as a service for the dead, helping them reunite with their loved ones in a shared ossuary for eternity.

The use of ossuaries can be traced back to the Neolithic and Bronze age, with stories about shared cave tombs presented in the Old Testament, and archeological findings of clay and stone ossuaries used by Zoroastrians more than 3,000 years ago.

Throughout history, ossuaries were a decent solution for fast growing or high density cities around the world, that had a limited burial space, or after suffering a natural disaster causing an artificial peak in occupied burial spaces. The practice also served as a memorial ritual for the dead, allowing the loved ones left behind to reunite and pay last respect for their deceased by pulling them out of their grave,  tending to the bones and placing them in decorated ossuaries.

In the past, ossuaries were not for the common lay people. You'd have to have enough money to buy this hand-made limestone box, pay someone to dig up your dearly departed, and sometimes to build a family mausoleum for the ossuaries. Those who got to practice this sort of burial were usually high status or very rich. However, ossuaries were still a more affordable option compared to the burial practices of kings and priests, as can be seen in practices such as pyramid burial.

Bringing back this practice might not be so easy though. In the US, federal laws forbid funeral homes from handling skeletal remains. Judaism, although rich in history of using ossuaries in the period of the second temple, does not approve today the excavation of bodies for replacing them out of the ground. Islam does not forbid such practice per se, but the challenge of excavating the dead could still be faced with some logistical challenges.

As we rush through the 21th century looking for sustainable solutions for common problems, we should probably reconsider the use of ossuaries. The technology we have today might even help us in making this burial method more accessible, more ecological, and and more spiritually rewarding than both traditional burial and ancient ossuary burial combined.